Protecting the Sumatran tiger in Bengkulu

Goal: To reduce the poaching threat to Sumatran tiger in the National Park and adjacent forests by building strong practical collaborations between local and national government, religious leaders, educators and forest-edge communities.

Objective 1:  Strengthen awareness of the Majelis Ulama Indonesia (MIU) Fatwa No. 04 2014 on hunting and trade in tiger and other endangered species in ten further villages in Lebong and North Bengkulu District and more widely in two park-edge districts.

Objective 2: Secure the area for the conservation of the Sumatran tiger in the south of Kerinci Seblat National Park through the Rapid Response Unit Smart forest patrols, managing community information networks, investigations and support for wildlife crime law enforcement.

Objective 3: Disseminate information and education to the public about the importance of the existence of protected wildlife in the Kerinci Seblat National Park area: Commemoration of World Tiger Day.

Background:  Kerinci Seblat National Park (TNKS) covers an area of 1.386 hectares in the provinces of West Sumatra, Jambi, South Sumatra and Bengkulu and is recognised as a globally important site for the conservation of Sumatran tigers.

Unfortunately, although a protected species under Indonesian law for more than 40 years, Sumatran tiger in Bengkulu continue to be threatened by poaching. Because of the size of the national park, many areas still do not receive a routine patrol focus by the understaffed national park’s rangers.

This problem is being addressed by the Lingkar Institute under this project in a strategically important district in the south-west of the national park in Bengkulu province since 2013.

The project team works closely with partners of the Lebong and North Bengkulu district of the Indonesia Council of Islamic Scholars (MUI) to strengthen awareness of the Fatwa MUI No. 4/2014 which prohibits Muslims in Indonesia from hunting or trade in endangered species such as the Sumatran tiger.

The Bengkulu provincial and Lebong district chapters of the Indonesian Council of Muslim Scholars (MUI) take an important role in this project and works with Lingkar and other partners to build community support for tiger conservation using Islamic perspectives in an area where the local community is overwhelmingly of the Muslim faith.

In July 2021, LINGKAR INISIATIF INDONESIA held a formal meeting with the Head of the Kerinci Seblat National Park with the agenda of evaluating and preparing program plans to be implemented. During the meeting, various potential weaknesses that will be faced during the transition to normal life because of the COVID 19 pandemic have been identified. These include the potential for an escalation of illegal hunting and trade activities in national park forest areas due to increased unemployment, corresponding with a massive reduction in the budget at the Indonesian Ministry of Forestry for regional security activities due to a shift in the budget to COVID 19 countermeasures.

Under this project, these weaknesses are being addressed through stronger collaboration between National Parks and other forestry agencies to carry out joint forest patrols and information sharing to strengthen strategies to combat tiger crime and other wildlife crime.

This project is also supported by a separate grant from the Auckland Zoo Conservation Fund.

From poachers to protectors

By amyvangelderBlog, Lingkar, News
In a country where there is no ‘parole’ system, post-release supervision or ‘care in the community’ scheme for ex-offenders, the 'guardianship' program launched in Sumatra during 2020 provides vital support...
END_OF_DOCUMENT_TOKEN_TO_BE_REPLACED
Love0 By amyvangelderBlog, FFI, Lingkar, News
Three critically endangered Sumatran tigers were found dead near an oil palm plantation in Aceh province on the Sumatran Island of Indonesia after being trapped by snares. On the 24th...
END_OF_DOCUMENT_TOKEN_TO_BE_REPLACED
Love0 By estherconwayLingkar, News
This latest project report shows how Lingkar Institute has shown resilience and adaptability in protecting the Sumatran tiger in the face of the coronavirus pandemic in Indonesia. The project team...
END_OF_DOCUMENT_TOKEN_TO_BE_REPLACED
Love0 By estherconwayLingkar, News
Mentoring hunters and recidivists (previous offenders) is just one of the activities included in this latest Lingkar Institute report. Lingkar Institute follow the premise that Islamic values can be used...
END_OF_DOCUMENT_TOKEN_TO_BE_REPLACED
Love0 By estherconwayLingkar, News
We're delighted to announce that Auckland Zoo will once again support the work of Lingkar Institute with a donation to WildCats of NZ$20,000. The Auckland Zoo Conservation Fund has been...
END_OF_DOCUMENT_TOKEN_TO_BE_REPLACED
Love0 By estherconwayLingkar, News
Forest-edge communities in Bengkulu, to the east of Kerinci Seblat National Park (the second largest Protected Area in Indonesia), have been identified as hunting hotspots. It is here that the...
END_OF_DOCUMENT_TOKEN_TO_BE_REPLACED
Love1 By estherconwayLingkar, News
Lingkar Institute's recent interim report tells of its activities working in communities in Benkulu, South Sumatra, where they are using wildlife and Islamic values and perspectives to build conservation awareness....
END_OF_DOCUMENT_TOKEN_TO_BE_REPLACED
Love0 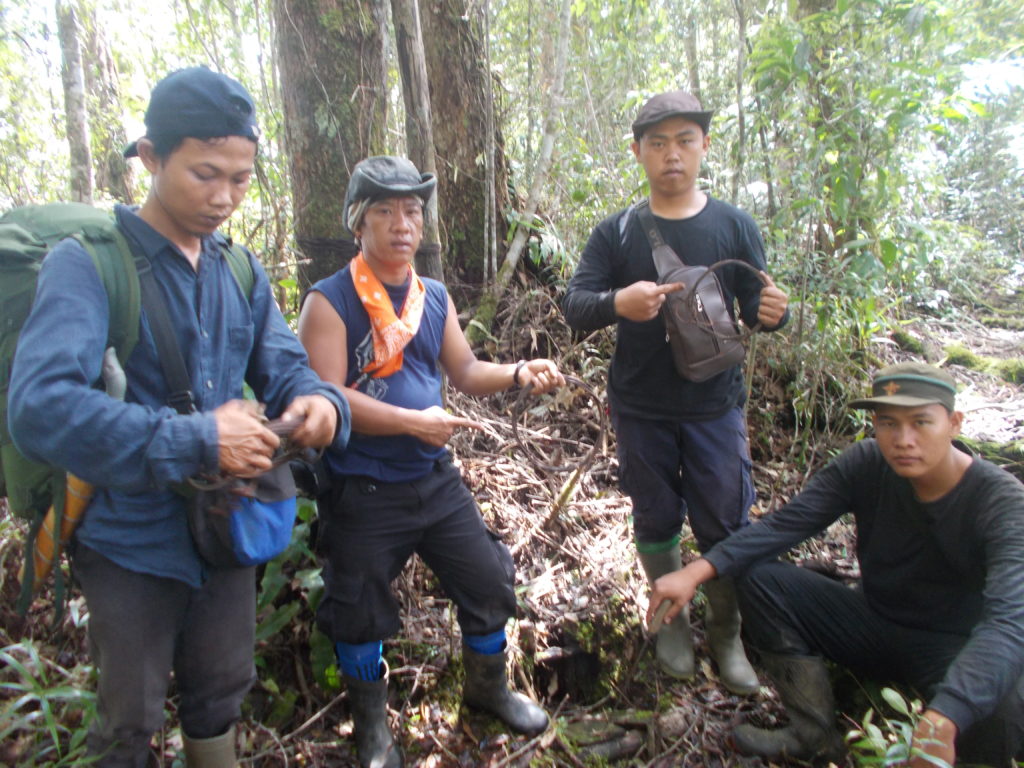 By estherconwayLingkar, News
Read about the problems caused when the patrol came across this homemade gun in a poacher's camp. Lingkar Institute has reported on its activities carried out in Bengkulu, Sumatra during...
END_OF_DOCUMENT_TOKEN_TO_BE_REPLACED
Love1
Share Tweet Share Pin